Nikon has been absolutely silent about this, but "E" series lenses are compatible only with Nikon consumer bodies produced AFTER the D90, D300, D3K, and D2. Bodies of this vintage do not support for in-lens aperture stopdown control via the electrical interface, and the "E" series lens does not have a stopdown lever.

This is a move of similar significance to Canon's shift to the EF mount in 1987, leaving owners of older Canon bodies without the ability to use the new USM focusing technology.

The difference between then and now is that Canon warned everyone the shift was coming, and made it very attractive to switch because USM focusing was only available in the new mount.

With the Nikon "E" series, the switch to fast in lens focus motors has already been made with the AF-S series, so the rationale for upgrading a camera body simply to obtain more accurate aperture control and real-time Liveview aperture stopdown may not be there.

The fact that Nikon has been quite silent about this incompatibility is what is grating.

Going forward, all lenses will have to be "E" series to support a shift to mirrorless and proper videography, but the other message Nikon is sending appears to be: the best lenses we offer will only work with our best bodies. Time to move to 24MP bodies, folks.

"it is the first lens compatible with DX-format digital SLR cameras to be
equipped with a built-in electromagnetic diaphragm, and for which Nano
Crystal Coat and fluorine coat have been adopted.

Like peas in a pod
The best role for the basic zoom DX format previously held by Nikon AF-S DX Nikkor 16-85 mm F3,5-5,6G ED VR, which in January of this year he celebrated his seventh birthday. Compared with its new lighting zoom lens is of course impossible to avoid, let's start with size and weight.

It has been completely redesigned with the lens supplied as standard sun visor with the type designation HB-75, which is now significantly larger and deeper. Bayonet mount the sun visor is also equipped with a lock to prevent accidental removal.


From the viewpoint of design in terms of the same concept as in the older lens - compact tube is provided with a wider front zoomovacím rubberised ring, in the rear part is placed prefocus ring. Through internal ostřicímu system with ultra-sonic motor SWM while focusing leading member does not rotate or ejected, the lens barrel only extends when zooming. The contact surface of the metal mount is provided with a rubber seal.

E-aperture
The autofocus system, I have already mentioned, remains only to add that the work autofocus is traditionally a very quiet up unheard; when tested on the body of the Nikon D7200, I focus speed evaluated as a high standard. Grinding shortest distance is 35 cm, which corresponds to 0.22 × magnification.

The AF-S DX Nikkor 16-80 mm F2,8-4E ED VR is equipped with optical stabilization, effective 4 EV (older model Nikkor 16-85 mm - 3.5 EV). It works either in normal mode or in Active mode. VR system also automatically detects that you have used the camera tripod or otherwise tightly pegged. This function Unfortunately, I tried it because I heard about it only after returning the lens, however, "normal" stabilization works perfectly - I was taking pictures from a moving car in Active stabilization mode and all images were sharp.

The letter E on the label reveals that the lens is equipped Seven-electromagnetic diaphragm with a circular hole, which ensures accurate exposures especially during rapid shooting. Electromagnetic diaphragm is also extremely quiet, such as checking the depth of field with a function key, blanking nearly deaf. It should be added that this new lamp base is the first zoom DX NIKKOR in the bowels of this electromagnetic iris find.

Picture quality
But the primacy of the AF-S DX Nikkor 16-80 mm F2,8-4E ED VR holds several. For the first time in the history of DX lenses were used in the production of anti-reflection Nano Crystal Coat, as well as the premiere of the DX series is to protect the front lens fluorine layers.

http://aggregate.org/dit/OLDLENS/ Hier staat ook een stukje in .
zie deze in deze
Which lens mounts can you use?
Which mounts are fully compatible? 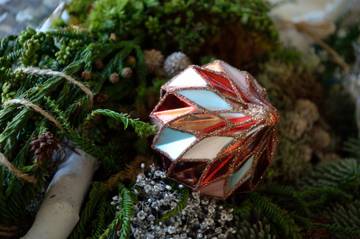